Younes has deep culinary roots from his childhood growing up in Morocco, where he learned the traditional style of cooking, using techniques like braising, cooking in clay and over fire. After learning under esteemed chefs throughout France, he was offered the role as the exclusive private chef for the Hermes family, which enabled him to travel the world. This led him eventually to North Carolina. He worked for the Washington Duke Inn & Golf Club, the Umstead Hotel & Spa and Chapel Hill’s City Kitchen before launching Tandem in 2016 with his wife, Emma Sabouh, who serves as the general manager. The name of the restaurant reflects the closeness of their personal and professional relationship.

Younes is participating in the Grand Tasting on The Green on 10/21. 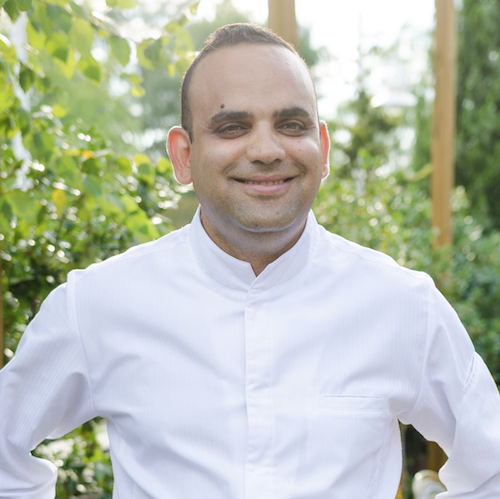