Lionel was recognized by the James Beard Foundation as a semifinalist for Outstanding Baker in 2015, 2016, and 2017. His passion for bread was first nurtured when he joined France’s prestigious artisans’ guild, Les Compagnons du Devoir, at age 16.

Thanks to his depth of knowledge – from growing and milling to fermentation and baking – Lionel has been one of the foremost forces in American artisanal bread baking for the past 25 years, traveling the world and teaching as a consultant to well-known bread brands, and finally opening his own bakery, La Farm, in 1999. In November 2013, Lionel introduced his first artisan bread book, A Passion for Bread: Lessons from a Master Baker. In 2017, he’s expanding with a new production bakery and more.

Lionel is participating in the Fall Fête on the Green on 10/20. 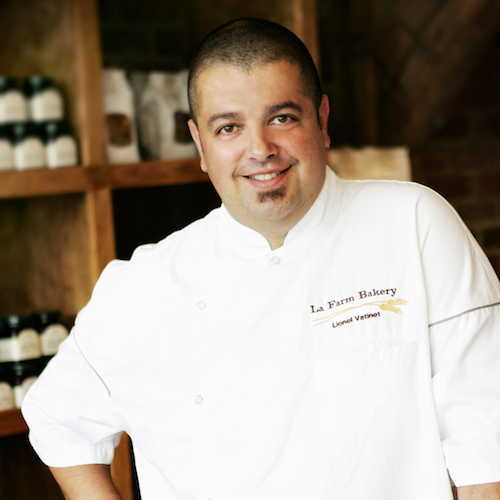