Joe firmly believes that utilization and appreciation of quality product speaks for itself. Kindred, which Joe runs with his wife Katy, exploded onto the scene in early 2015, earning a spot on Bon Appetit’s list of the Hot 10 Best New Restaurants in the country. A veteran of Jim Noble’s restaurant group, Joe was one of 20 chefs to make the semifinalist list for Best Chef Southeast for the James Beard Awards in 2016 and 2017.

Hello, Sailor will be new to the scene in 2017 – the modern, upscale fish camp will also serve sandwiches, ribs, burgers, and tiki cocktails.

For TerraVita 2017, Joe is participating in the East Meets West dinner on 10/18. 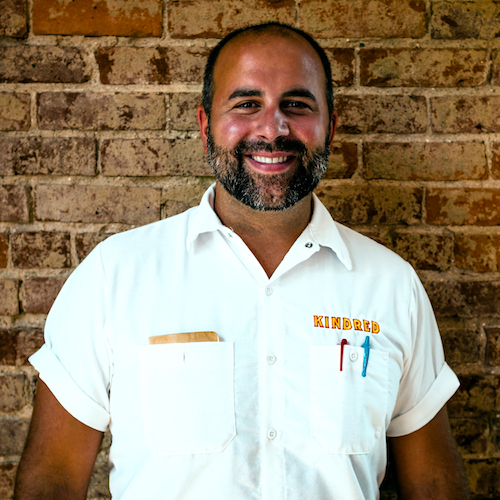