Jesse visited Hendersonville 10 years ago and never left. The classically-trained pastry chef opened Never Blue with her husband and artist mother as a café/bakery and art gallery, but over the past nine years, the restaurant has grown to a globally-inspired tapas hot spot that draws loyal diners from across the Southeast.

The Filipino, Greek, and Cuban flavors she experienced in her Florida youth permeate Jesse’s recipes today. She began working in restaurants at the age of 15. Three quarters through culinary school at Johnson & Wales in Charleston, she took a pastry detour. Highlights include an internship at the famed Fontainebleau Hilton Resort in Miami Beach and classical French, Four Star, award-winning restaurant Le Festival in Coral Gables, Florida. She landed the executive pastry chef position at the AAA Four Diamond Charleston Grille inside the Charleston Place Hotel in 1999.

Never Blue opened in February 2008. Jesse was named 2017 North Carolina Restaurant and Lodging Association Chef of the Year at the North Carolina Chef Showdown in Raleigh in August. Jesse, her husband Edson, and their two daughters live on a small family farm, which produces eggs, vegetables, and unique herbs for the restaurant.

Jesse is participating in the Carolina Table: East Meets West dinner on 10/17. 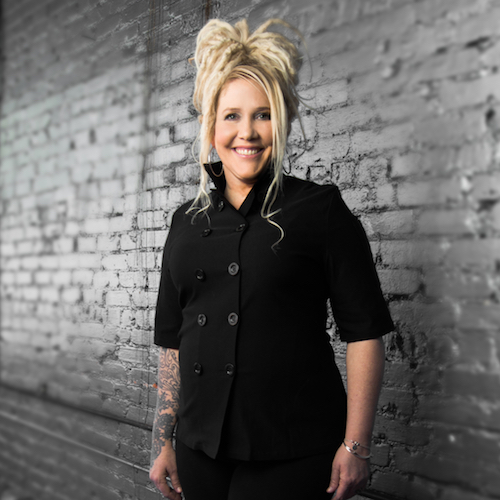