Guided by seasonality, Colin’s cuisine at The Fearrington House – one of the most venerable fine dining restaurants in the South – interplays legendary regional traditions and ingredients with his European training. His culinary interests began at an early age in England, where he was enamored by his mother’s home baking and his father’s vegetable garden. He has worked at The Castle Hotel, a Norman fortress built in the 12th century, under esteemed British chef Paul Vickery. Colin joined the The Fearrington House team in 2005 and has been executive chef since 2008. He is a Relais & Chateaux Grand Chef, the international culinary world’s highest honor. The Fearrington House boasts a Forbes Five-Star and AAA Five Diamond status. It’s the only AAA Five Diamond restaurant in the country to be Green Certified by the Green Restaurant Association.

Colin is participating in the East Meets West dinner on 10/18 and the Grand Tasting on 10/21. 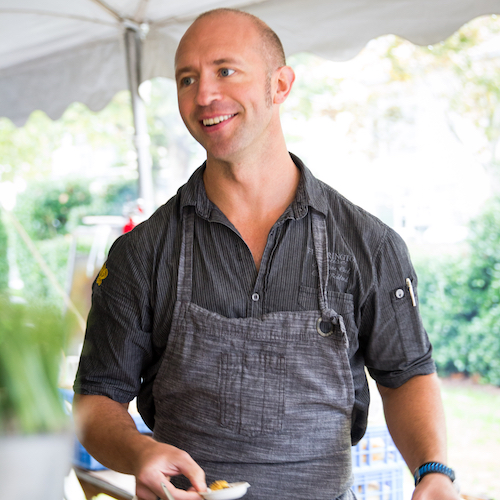