Clark began his culinary career in his hometown of Lenoir, NC, where his family, which can be traced back seven generations in North Carolina, was a constant source of inspiration for traditional Southern cooking techniques and ingredients.  After attending Johnson and Wales in Charlotte, Clark had stints at some of the world’s top restaurants, including The French Laundry in Napa, and El Bulli in Spain. He was most recently responsible for revamping North Rock Restaurant in Bermuda before returning to North Carolina to open his dream restaurant – Heirloom.

Clark is an avid forager, and when he is not in Heirloom’s kitchen, he can most likely be found in forests and fields, sourcing ingredients.

Clark is participating in the Hill Fire dinner on 10/18 and the Sustainable Classroom Walking Tour on 10/19 . 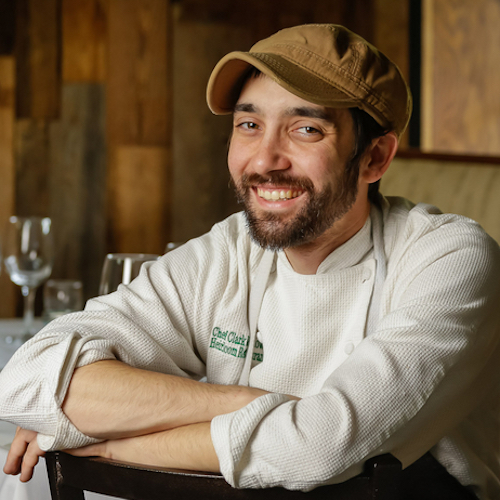