Chris works on sales, events and education for Mother Earth Brewing. Launched in 2008, Mother Earth is the dream of Stephen Hill and Trent Mooring. Josh Brewer is the aptly named head brewer.

The lineup of beers includes the Weeping Willow Wit, Sisters of the Moon IPA, Endless River Kolsch, and Dark Cloud, a dunkel-style lager. True to its name, Mother Earth is committed to green practices. In 2013, the United States Green Building Council awarded Mother Earth a gold certification in the LEED® program, making it the first production brewery in the country to achieve the gold rating. Rather than sending spent grain used in the brewing process off to the landfill, Mother Earth gives it to local farmers as top-quality feed for their animals, a win-win for all involved. The brewery’s own hops are used in some pilot batches and as dry-hops for specialty beers that make their way into the tap room.

Chris is participating in the Grand Tasting on The Green on 10/21. 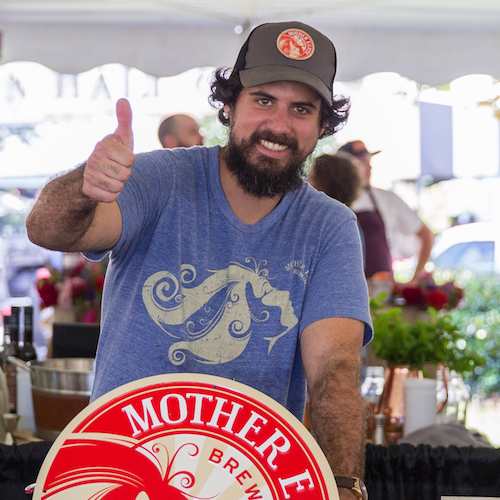